'We can try to develop vaccine, but I don't know that we can get rid of it': Like HIV and the flu, COVID-19 could become endemic 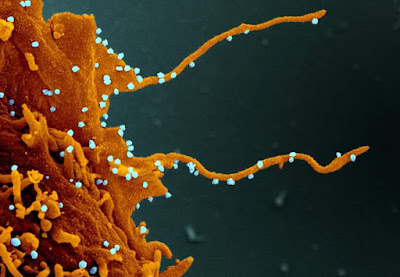 On the first day of medical school this past week, a moment rich with history, 100 students assembled at Vanderbilt University in Nashville, all waiting to receive the traditional white coats, all wearing the far-from-traditional protective masks.
They sat in a much larger auditorium than usual, one with capacity for 1,100 students, and they were separated by much more than the required six feet for social distancing. The professors arrived in masks and switched them for face shields. At least the students could see their faces.
"It was surreal. It was odd. It was different than what I have been doing for 40 years," said William Schaffner, a professor at Vanderbilt, and past president of the National Foundation for Infectious Diseases.
As strange and uncomfortable as the last five months have felt, they are likely to be a preview of how our lives will look for the foreseeable future should COVID-19 become endemic, as many scientists believe it will.
"When we say endemic we mean that it will establish itself forever in humans," said Kathryn A. Hanley, a professor in the department of biology at New Mexico State University. "I think it will. I think that it's on its way to doing that now."
The likelihood is "100%," said Michael Osterholm, who directs the Center for Infectious Disease Research and Policy at the University of Minnesota. "There is no reason to think a pathogen like this is going to eliminate itself once it has done what it's done. The idea that we are going to vaccinate this out of the world — that's just not the case.
Read more: https://www.jsonline.com/story/news/2020/07/24/scientists-fear-covid-19-will-establish-itself-forever-humans/5470541002/
Posted by OrbsCorbs at 8:47 AM