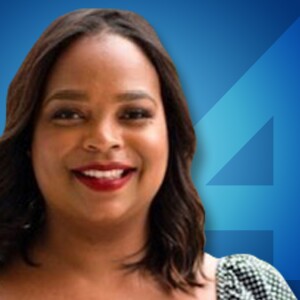 MILWAUKEE — Just before Burlington was set to take on Westosha Central in football, there was a moment of silence to remember a somber day 20 years ago.

"It's one of the most tragic things I've heard of," said Drew Stutzman.

High school senior Drew Stutzman wasn't even born when the worst terrorist attack in US history took place. In fact, estimates show a quarter of the population wasn't alive when the planes struck the world trade center towers.

"I was born August 30, 2003, so two years after the attack. Knowing that it happened only two years before me was scary," said Stutzman.

Saturday marks 20 years since that fateful day. These students only know what they've been told or taught.

"The first time we actually had an in-depth lesson about it it was in seventh grade. I know my mom was student teaching in South Milwaukee when it happened and they were watching it on like 12-inch screens at the schools," said Marlee Nichols, a senior at Burlington High School.

Those who were alive have images forever seared into their memory.

"History will repeat itself if you forget, and we don't want to forget," said Burlington Fire Chief, Alan Babe.

Babe thinks it's important to share memories and reflections of what happened that day.

"It's something that never leaves your mind, and those are our brothers and sisters in our eyes, that's family," said Babe.

And students say it's a lesson that they'll never forget.

"I think it's really important that we just recognize the people that risked their lives and gave up their lives to help other people," said Nichols.