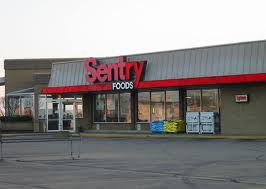 When Drew called me on his lunch break from his work I told him about the phone call. We both tried to figure out what this was all about. But we both had a feeling this was not good at all. I thought it might have been about the Holidays coming up, the store closing, new store policies and being sold. This was on my mind all day Wednesday.

When I went to work for the meeting everyone was standing around waiting to clock in for the meeting. Then the meeting started and the owner and all the managers came in to the room. That is when we got the news that the store is going to be closing January 11, 2013. We received a letter at the meeting telling use about the closing and one of the managers read it to use. The owner felt really bad about having to close the store. The store has been in Racine, Wi for five years and has not really made any kind of a profit. Then we have Wal-Mart coming across the street from us and that is really going to hurt the store even more. After the meeting a lot of the employees were so upset, yes I do understand why but there is nothing we can do about the decision the owner has made.

I started there August 1, 2011 and I can say from my own experience working there that it is a really nice store to work for. Yes like any job you have your ups and downs. But when I have asked for time off I was always able to get it. A lot of the other employees I get along with really good. I am going to miss working there and seeing the friends I have made while working there.

Yesterday it was in the paper about the store closing. While at work yesterday I was also let known that the store will only be open from 8am to 8pm. Yes that means less hours for me now.  That is when I finally realized the store is really going to close and I will be out of a job for sure. So now I am going to have to start to look for a new job and that is not going to be easy around here. It took me almost a year before I found this one when I moved her with Drew and now I have to go through it again. Next week I am going to start looking on the computer for a job and if I get one before the store closes then I get one and I pray I can find a good job with insurance.

Today when I went into to work the customers complained about the store closing and asked me why the store was closing. So I told them the reason was because of Wal-Mart coming across the street and the owner sad that we could not compete with that. So many customers said this was the main store that they would shop at and would never shop at Wal-Mart.

I'm so sorry for you, THB. I thought of you as soon as I read the news about the store closing. I wish you the best in finding a new job. Like you said, it's tough around here. I'll ask Mme. Zoltar to give you some help.

Take it as "Now I can try something new." I worked at Dremel (they downsized) and at Schneider National Carriers (they left town) and at Gentile's Auto (they down sized but maybe it was a little my fault). Who would think I would end up in a Bakery? LOL I love it. I even tell the young girls leaving for college to stay cause they will eventually end up here. Another LOL Good luck..and apply EVERYWHERE. You just never know.

FU@K WAL-MART!!! I will never step foot in that God forsaken place. Don't worry Karma is a beyatch and WAL-MART will get it's.

It is devastating to lose your job. People associate their identity with what they do. Keep positive, keep looking. It is smart to find something while you already have a job; it just makes it easier. And you are lucky; we all know Drew will stick by you.

You are a very customer/retail friendly person. An employer would be lucky to get you. Something good will come your way. I do believe in Karma. We have a way of falling into where we are needed most. It might not be our first choice, but everything seems to happen for a reason. I wish you the best luck.

Tender Heart Bear, Since your reading this, go to the Website homedepot.com/careers and fill out an application AT ONCE. They are always looking for GOOD help, and your experience will help a lot. They have decent insurance, and are a good employer.

I'm sorry the Sentry Is closing, but It certainly isn't the end of the world. You will find something soon, so long as you keep looking. Now get busy on that Home Depot Application.

THB, there is life after Sentry.

In our current third worlding of america by both the Democrats and Republicans, many of us has had to make involuntary adjustments to survive. Good luck, and try try try again until you find another job.

Thank you everyone for you very heartfelt comments. I am going to take everything into consideration. I hope Mme. Zoltar is going to be able to help me with one of her psychic miracles. I am also going to go on the sites that people have told me about to fill out applications. Thank you again for everything and I am glad to be part of this family!

You have my blessings, dear.

Seems to me Mount Pleasant residents and even some Caledonia residents fight against a new business such as Wal-Mart coming to their area, yet the same people complain we need more jobs in the community. They complain about the job loss at Sentry but no one says how many jobs are coming with the new Wal-Mart!

I will admit Wal-Mart isn’t the greatest paying place but they are putting people to work.

I didn’t shop Sentry, I always thought they were overpriced and to remain competitive, over pricing isn’t going to help.

I do have to chuckle, Wal-Mart isn’t even built yet and people are blaming them for Sentry closing.

I was extremely disappointed when the Pig closed in West Racine, it was a couple blocks from my house, and moved it out on Hy-20. The best store around for a long time was Randall’s County Mart; I wish they would have never closed up.

United States Department of Defense is the number one employer in the United States with 3.2 million and Wal-Mart is #2 with 2.1 million employees. Source: http://en.wikipedia.org/wiki/List_of_largest_employers

I'm sorry this is going to affect you. On the other hand, your management dropped the ball. When Sentry was at the old site (now piggly wiggly), I shopped there religiously. Sentry mac and cheese was always of great Kraft like quality, and their meat was AAA. Sentry closed shop on me though claiming poor location.

The new location doesn't come close to convenience, and after having bad fruit within a day of purchase along with old milk (three days before expiring), I stopped shopping at the new and now shop at the Pig as it meets my needs with fresh fruit and other products. Oh okay, I have also gone to the new Pick and Save a few times.

I'm sorry you are making this transition, but I'd be out looking ASAP, and not wait to be the last one out the door no matter how loyal you seem to be. Closing their doors isn't being loyal to you.

I'm sorry this has or will happen to you THB. You need to realize nothing you did made this happen. You didn't lose a job, the store lost their ability to compete.

I wish you all the best in finding a new one.
And always remember, the Irregulars are here for you.

Huck- I just found out yesterday that the produce was coming from California that may be why it was getting bad quick.

SER- I do agree with you about everyone blaming it on a store that is not even there yet.

The thing that gets me when I am at work is that some people come up to me a checkout and start to blame the checkers for what is happening. How is it our fault it is the owner that is closing the store. Then our regular costumers are saying sorry for what is happening that really helps us.

Tomorrow I am going to start filling out applications for a new job. I hope I can find one before the store closes. Thank you everyone.

THB, I'm so sorry you are losing your job.
Just remember.. when one door closes, another opens. I hope the next open door will be one that is better for you.
Best of luck.