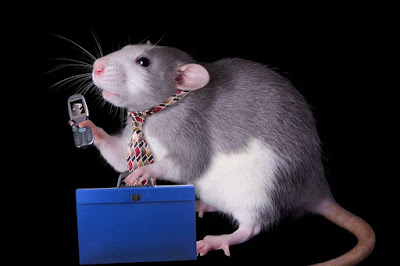 SAN FRANCISCO (CBS SF) — High exposure to radiofrequency radiation — the radiation known as RFR and emitted from your cell phone — causes a rare cancer in male rats, according to draft conclusions released by the National Institutes of Health on Friday.

The two technical reports, one on mice and the other on rats, released by the NIH’s National Toxicology Program (NTP) show the exposure to the high levels of radiation resulted in tumors in the tissues surrounding nerves in the heart of male rats.

Both male and female rats that were exposed to high levels of RFR showed increased patterns of damage to their heart tissue, according to the researchers.

“The levels and duration of exposure to RFR were much greater than what people experience with even the highest level of cell phone use, and exposed the rodents’ whole bodies. So, these findings should not be directly extrapolated to human cell phone usage,” said NTP senior scientist Dr. John Bucher in a written statement. “We note, however, that the tumors we saw in these studies are similar to tumors previously reported in some studies of frequent cell phone users.”

Bucher said these studies “provide the most comprehensive assessment, to date, of health effects in rats and mice from exposure to RFR.”

Researchers said that newborn rats and their mothers had lower body weights, especially when exposed to high levels of RFR during pregnancy and lactation. However, those animals eventually grew to normal size.

The U.S. Food and Drug Administration and the Federal Communications Commission jointly are responsible for regulations pertaining to wireless communication devices.

NTP will hold an external expert review of its complete findings on these studies in late March.
By Hannah Albarazi – Follow her on Twitter: @hannahalbarazi.

Throw away your cellphone and TV!