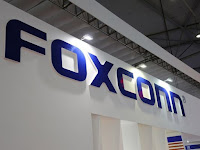 MADISON - To land the massive Foxconn factory, Gov. Scott Walker has committed the state to paying more than eight times as much per job as Wisconsin will provide under similar job creation deals struck last year, a Milwaukee Journal Sentinel analysis has found.


At more than $200,000 in state taxpayer money per job, the incentive package for the Taiwanese company is easily the state's most expensive deal of 2017, totaling more than three times as much per job as the next most costly deal.

To get a fair comparison with Foxconn, the newspaper purposefully looked only at the more expensive 2017 deals in which the state offered tax credits for jobs created. That's because it tends to cost more in tax credits to spur a company to create a new job rather than to retain an existing one.

Even then, the Foxconn Technology Group deal stands out.

Tim Bartik, an independent economist who studies economic development, said Wisconsin is paying many times more per job than he typically sees in other projects nationally and is even shelling out more than some states were willing to pay per job for the much-hyped Amazon headquarters.

Get out of Racine County and Se Wisconsin NOW! Foxconn CEO Terry Gou is a Businessman - and he knows that his product has to compete in the global marketplace - and Wisconsin can't compete. PERIOD. Which also means that any other companies which deal with Foxconn will also be forced to control or cut costs.

It's the last desperate attempt to crevice manufacturing in SE Wisconsin - which has left the area and relocated elsewhere.

The cost of doing business in WI is too high because of the VIG demanded by Public Employee Unions and Government Employees - who have huge salaries and bloated wages compared to the private sector; defined pension plans with early retirements and constant increases; lavish benefits with packages starting at a tax-free $20,000 and up; generous WEEKS of paid vacation/holidays; and (often) cushy working conditions.

The Foxconn SCAM will be the last nail in the coffin for SE Wisconsin. The costs will prove to outweigh the benefits, deficits will explode in Racine County; and the increase in taxes will force people to either flee or refuse to pay them - out of necessity.

Of course, all this has to be rushed and hurried, because Government Officials; in order to protect their pensions and benefits; have had to violate the State Constitution in order to ram this special legislation through. The last one out the door will be forced to turn off the lights - and then the huge salaries and bloated wages compared to the private sector; defined pension plans with early retirements and constant increases; lavish benefits with packages starting at a tax-free $20,000 and up; generous WEEKS of paid vacation/holidays; and (often) cushy working conditions, will end.

GOOD LUCK to those brave enough to stay and witness the downfall!