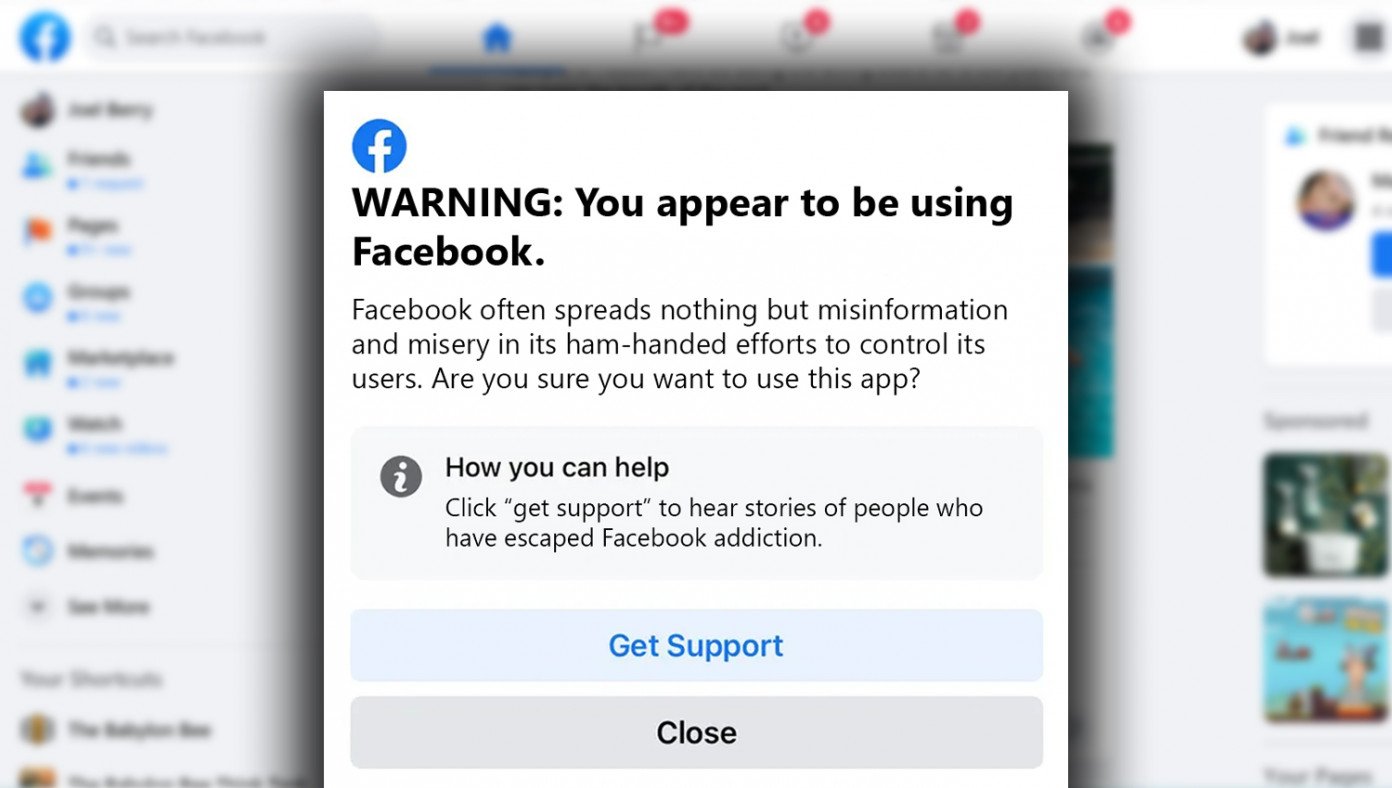 MENLO PARK, CA—There are many dangers online, and Facebook is now making an attempt to steer people away from one of them. The social network is now trying out a new warning that will pop up and tell users when Facebook detects that they’re using Facebook.

“WARNING: You appear to be using Facebook,” the warning reads, “which spreads nothing but misinformation and misery in its ham-handed efforts to control its users. Maybe try reading an actual book instead... not a face one.”

“We took a survey of our users’ biggest problems,” explained the eccentric, hoodie-wearing CEO of Facebook, Bob Facebook, “and there was one consistent problem with their mental health: us. So now we’re going to warn people when they’re doing something that seems bad for them—namely, using Facebook.”

When other social media companies were asked if they would follow course, Twitter’s PR office responded that they would not warn Twitter users when they are using Twitter, as they “like to respect users’ choices” and also they “hate users and want them to suffer in a prison of their own making.”

Posted by Clint Teeters at 6:43 AM