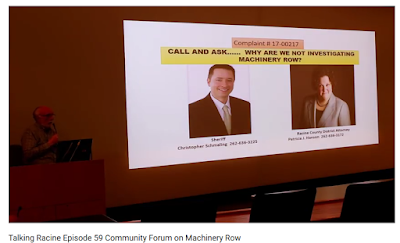 A COMMUNITY prospers when PRIVATE INDIVIDUALS who act RESPONSIBLY LEAD.

Government is merely a Bureaucracy elected by Residents meant to statutorily apply laws and regulations to ensure an even playing field and to equally distribute the costs; while being open and transparent to all. It works when properly applied to all – but in Racine WI, it is applied with extreme prejudice, discrimination, crony capitalism, nepotism, and often behind closed doors “in secret”; which in Racine County favors “Political Contributors”,  Family & Friends, and People WITHOUT Color. In Racine County, due to the ever increasing number of active and former Civil Rights Lawsuits for redress of grievances, it has  becomes evident that elected officials have abused their positions of authority to impose restrictions upon others based upon color, creed, political connections, and social position.

Again and again, Bureaucrats are fallaciously called LEADERS. THEY ARE NOT! They are merely Tax-Farmers overseeing a legal taxing jurisdiction whose authority is statutorily limited!

Elected Bureaucrats and their appointed minions are merely supposed to evenly, and blindly, apply an agreed upon  legal standard to all those who fall under their Jurisdiction. Not engage in actions which violate their statutory authority or commit abuses of authority along with outright malfeasance and collusion, involving Local, County, and State Officials; such as what happened at  Machinery Row!

The Authority of government officials is statutorily LIMITED. When they act outside of those bounds – they act ILLEGALLY – under the Color of Law – and in the City/County of Racine – it appears that the level of acceptable and tolerated abuse is OUTRAGEOUS! City of Racine doesn’t suffer from “Poor Leadership” – it suffers from CRIMINAL BUREAUCRATS and a total lack of LEADERSHIP- in collusion with elected Racine County DA Tricia Hanson and Sheriff Christopher Schmaling! 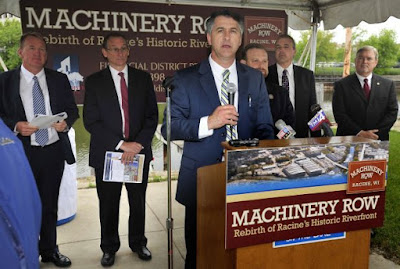 Posted by Clint Teeters at 6:40 AM