I have a three day weekend so decided to take off to Vegas. Well, there was also an unusual lunar eclipse this morning...unusual in that totality only lasted five minutes. The eclipse took place as the Moon as setting...think you would have missed totality from Racine but would have seen some partial phases.

Anyway, here are some shots I got this morning...enjoy! 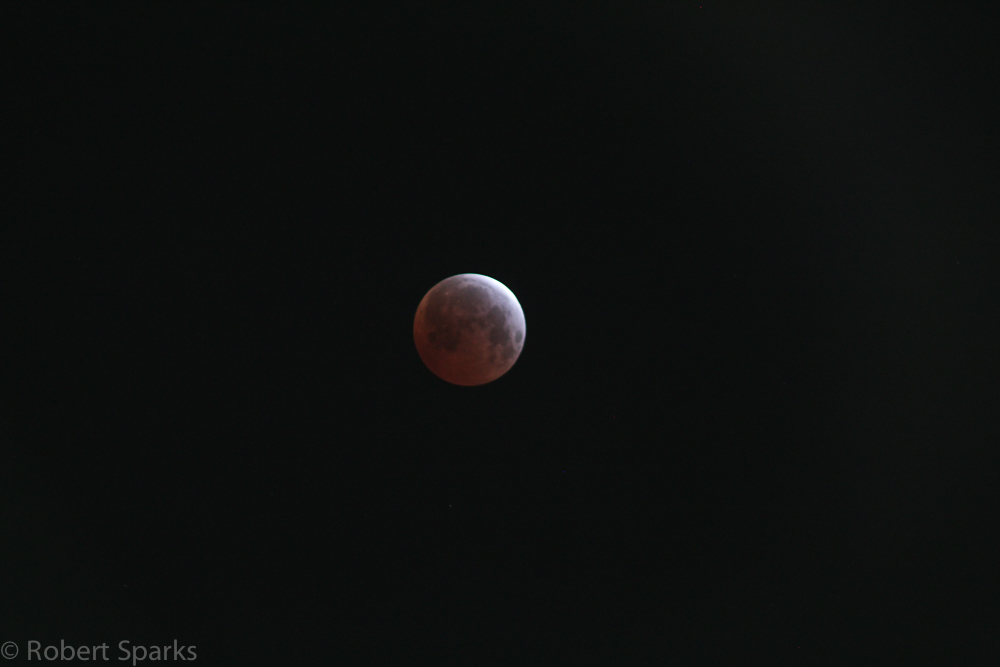 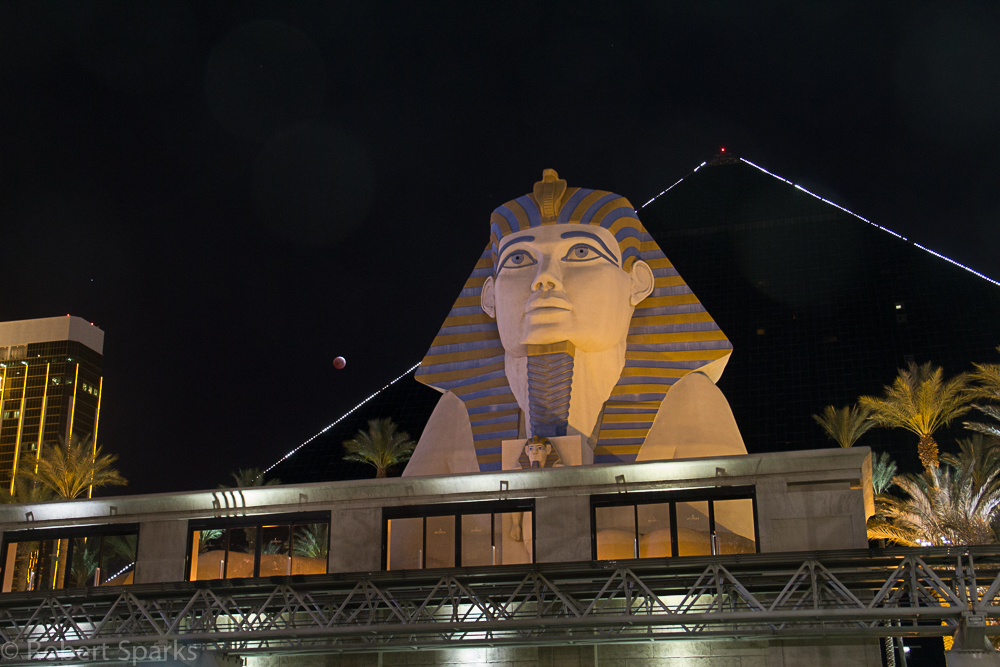 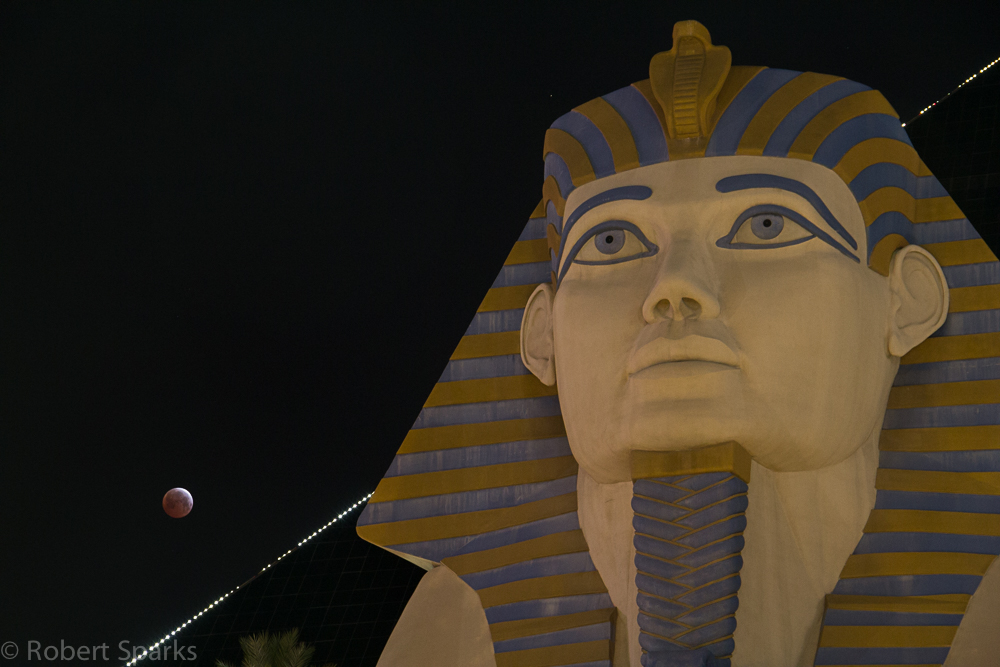 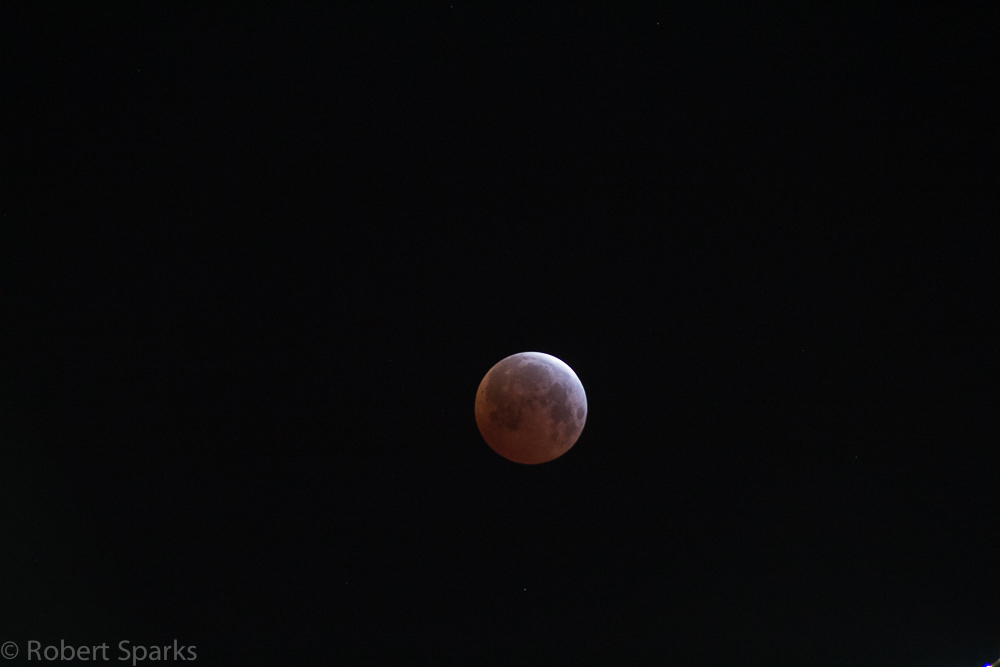 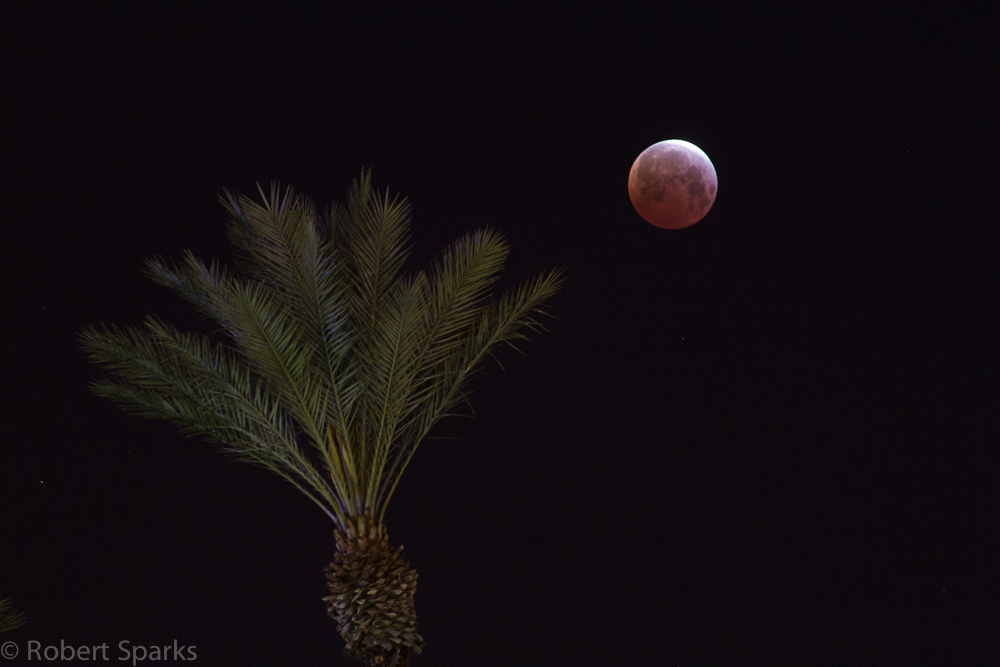 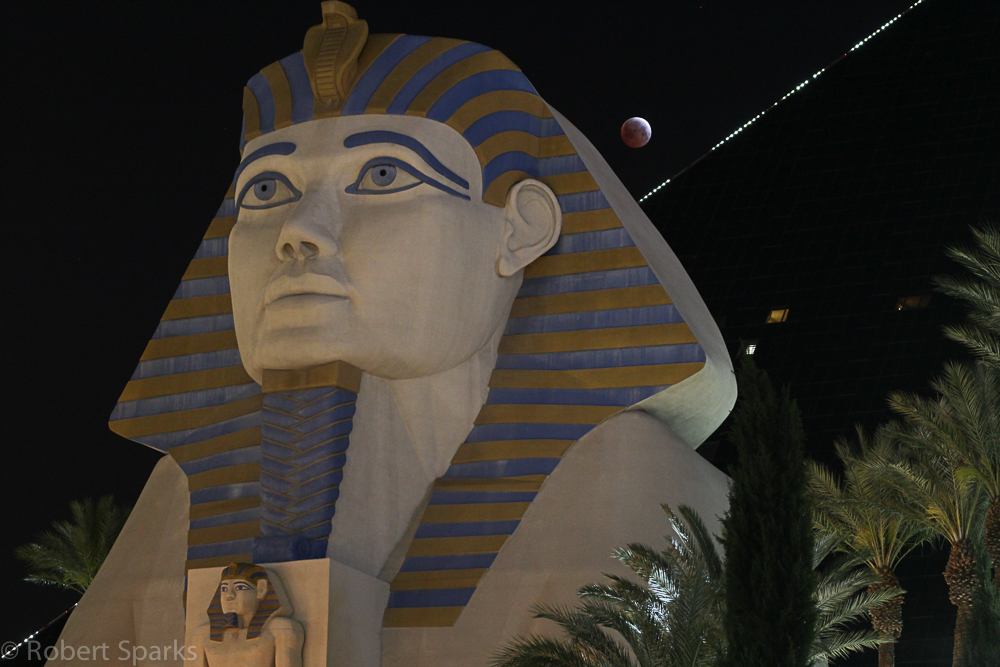 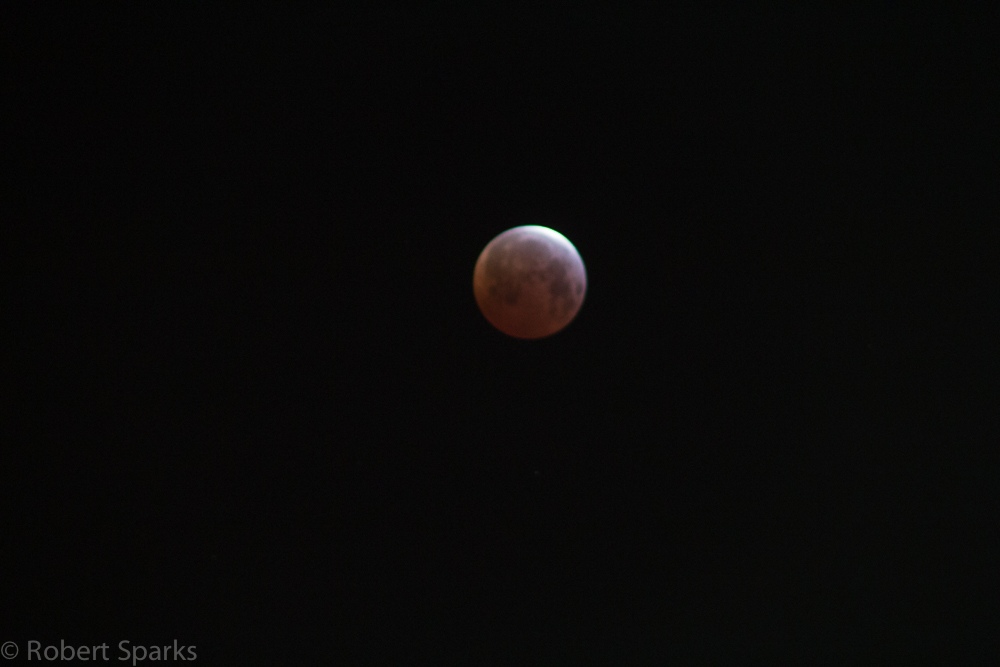 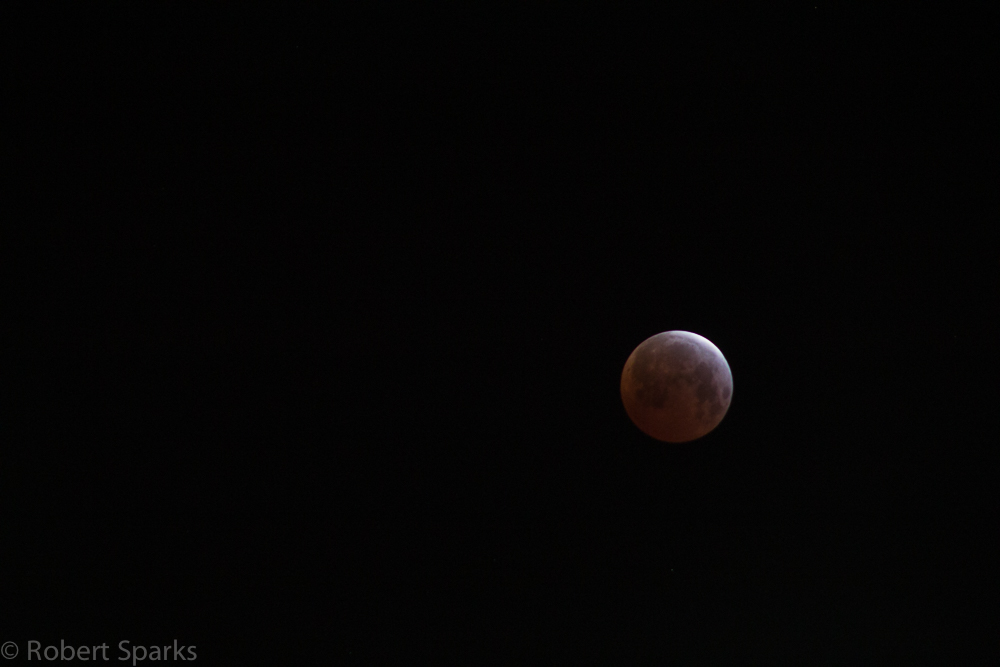 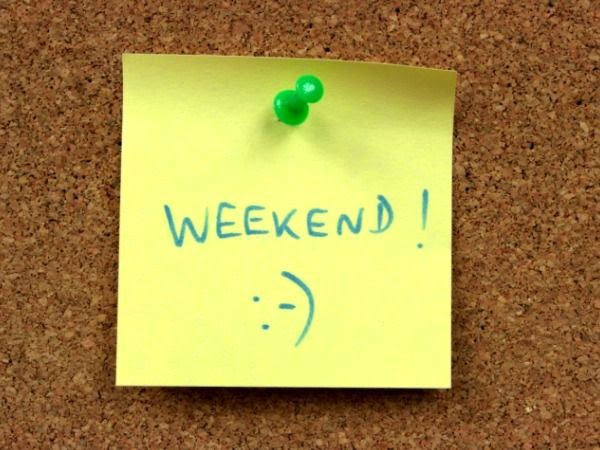 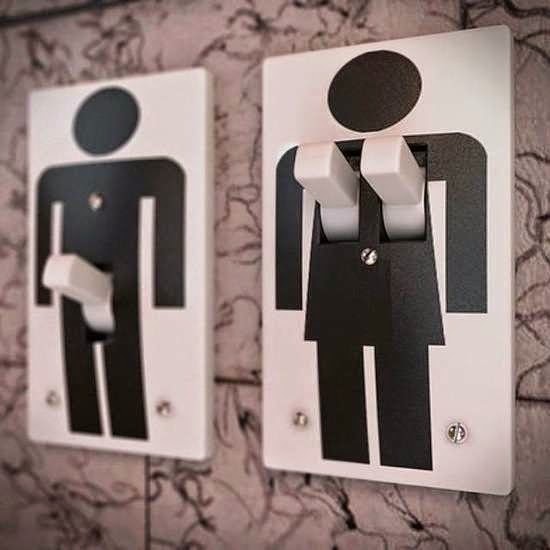 Do those meet the standards of the electrical codes?
Posted by OrbsCorbs at 10:45 PM 3 comments:

That's what males do.
Posted by OrbsCorbs at 10:25 PM No comments:

"The Journal Times Editorial Board endorses Hargrove for mayor"


It didn't seem that cold to me, but hell has frozen over.
Posted by OrbsCorbs at 6:44 PM 8 comments:

Your Struggle Is Not In Your Imagination 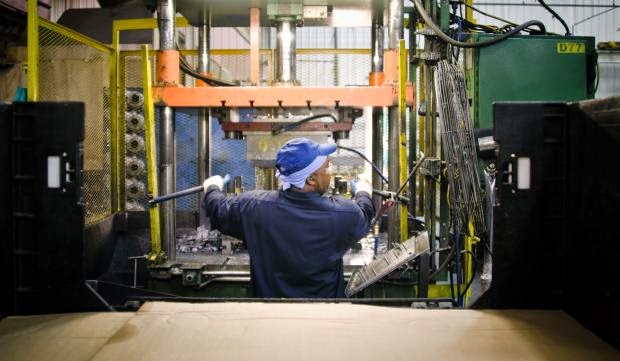 Wisconsin's middle class saw the steepest decline in the country since 2000, according to a new study.
Photo: U.S. Department of Agriculture (CC-BY)

The study found that the percentage of households in the middle class dropped in all 50 states, with Wisconsin’s drop from 54.6 percent to 48.9 percent being the most significant. Moreover, Wisconsin saw a 14 percent decline in median household income.  (click the above link to wpr to read more...)
Posted by Polly Pundit at 4:59 PM 6 comments:

Hello everyone ans welcome back! It's Good Friday and I have the day off.... a brilliant way to end an easy week. (Believe me, that doesn't happen too often...) Anyways, your questions....

1) Do you plan things or wait until the last minute?

2) Do you have any Easter traditions?

3) Have you ever gone snorkeling?

Enjoy your weekend!
Posted by drewzepmeister at 8:02 AM 6 comments: 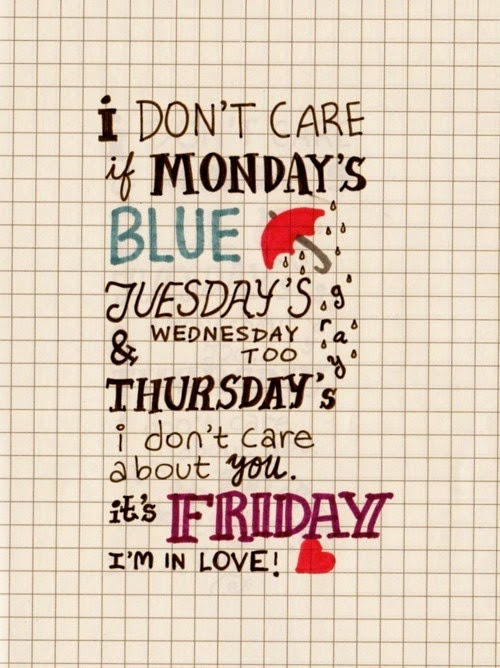 Fridays can make you do funny things.
Posted by The Sheriff at 12:00 AM 7 comments: 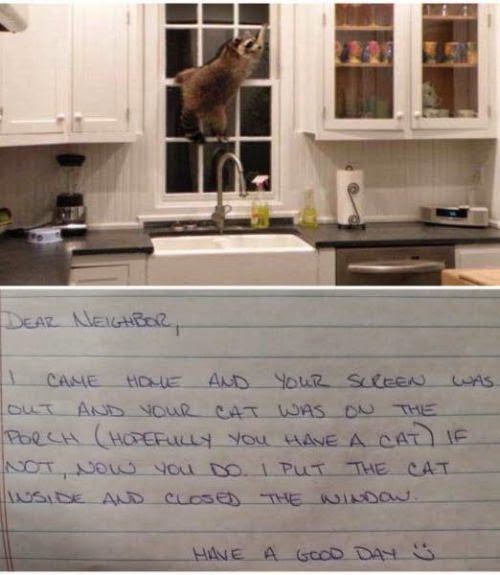 This is the video and song that Julian Lennon created in memory of his mother, Cynthia Lennon, who died yesterday, April 1, 2015.
Posted by OrbsCorbs at 8:51 PM 4 comments: 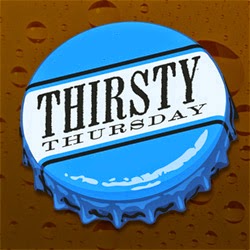 "Very sad times in Racine, some homeless, will call the streets their home"

"Last evening was the Hospitality Center’s Emergency Overnight Shelter last night operating. They werenever equipped with the needs to run a homeless shelter, but they opened their doors to help.

"The leaders of Racine, community organizations, businesses and residents knew this day was coming. The entire community has had months to find a solution to end these problems, so all people have shelter. Yet in the end the all solutions weren’t found in time."

Hello, my April foolers!  How are you?  Did March go out as a lamb or a lion?  I think it was more lambish than lionish.  Our rollercoaster of temperatures continues.  The nice days hint of what is to come, while the bad days remind us of the wrath of winter.  (As if that were needed.)  I’m not complaining given the backdrop of our 20 below winters.  30 or 40 or 50 or even 60 degree days are fine by me.  It seems the wind won’t stop howling.  I wonder if that’s caused by the hot air released in recent forums, panels, appearances, etc., on the upcoming elections?

Last week I bemoaned the approaching election and its attendant robocalls and flashy fliers delivered by mail.  So far, no robocalls for me.  I’ve received a couple of mailings for judge.  They are card stock with glossy finishes.  Couldn’t the money for that be better used somehow?  80% of the population doesn’t vote or give a damn, while 20% is bombarded by lies.

Nonetheless, VOTE on April 7th.  It’s the way our voice is heard.  Most of us, that is.  When I reminded Señor Zanza of next Tuesday’s elections, he simply said, “I don’t deal with that.”  WTF?  Ooo, I’m so curious about that man, but I’m afraid I’ll lose him if I push too hard to know his secrets.  He’s never acted violent in my presence.  In fact, it’s frustrating trying to provoke him.  He’s always seemed to have my and Junior’s best interests in mind.  And there’s been a few times where he “escorted” me home after I had a little too much to drink.  Junior loves him.  Me?  I’m not so sure.

If you haven’t filed your tax returns yet, you have a couple of weeks to “git ‘er done.”  I’m not scolding anyone on this.  I just filed my paperwork yesterday.  Apparently, taxes are another area where Señor Zanza doesn’t “deal with that.”

I’m not trying to lynch Señor Zanza here.  Since I met him, he’s always been a perfect gentleman.  His influence has been good.  When I’m with him, I get the feeling that something very positive is just about to happen.  But it never does.

Have you taken a drive around the city recently?  The streets are in the worst condition that I’ve ever seen them.  Radio station WIIL held a promotion to find out where the worst potholes are: Milwaukee, Racine, Kenosha, or Chicago.  Racine “won”: https://www.facebook.com/95WIILROCK/posts/10153197811269306 We have money for “Machinery Row,” but not any roadwork.  It’s getting harder and harder to avoid the potholes.  Maybe Racine will become known as “Pothole Row.”  In the meantime, be careful out on the streets.  Some of the conditions are severe and hard to avoid.  When you think of the cost of a strut or tie rod or tire, you become careful.  You could make a claim against the city, but you’d lose.

Thank you all for reading my blog today.  I love you.  I respect you.  I need you.  You are why this blog appears.

Enjoy the weather.  Watch out for the crazy drivers.  Don’t let the cold days get you down.  Soon enough, hot days will get you down.
Posted by Madame Zoltar at 2:00 AM 5 comments: 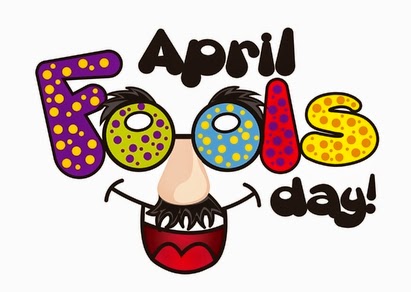 Watch out for pranks and tricks.
Posted by The Sheriff at 12:00 AM 7 comments: 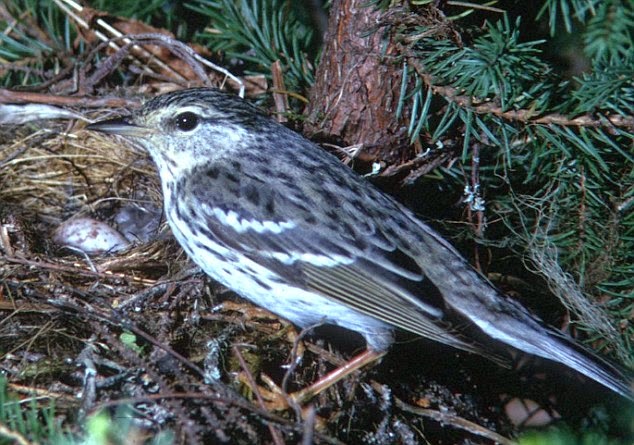 By Wilson Ring | AP March 31 at 7:16 PM
"MONTPELIER, Vt. — A tiny songbird that summers in the forests of northern North America has been tracked on a 1,700-mile, over-the-ocean journey from the northeastern United States and eastern Canada to the Caribbean as part of their winter migration to South America, according to a new study.

"Scientists had long suspected that the blackpoll warbler had made its journey to the Caribbean over the ocean, but the study that began in the summer of 2013 when scientists attached tracking devices to the birds was the first time that the flight has been proven, according to results published Wednesday in the United Kingdom in the journal Biology Letters.

"'It is such a spectacular, astounding feat that this half-an-ounce bird can make what is obviously a perilous, highly risky journey over the open ocean,' said Chris Rimmer of the Vermont Center for Ecostudies, one of the authors."

Cactus with an Attitude 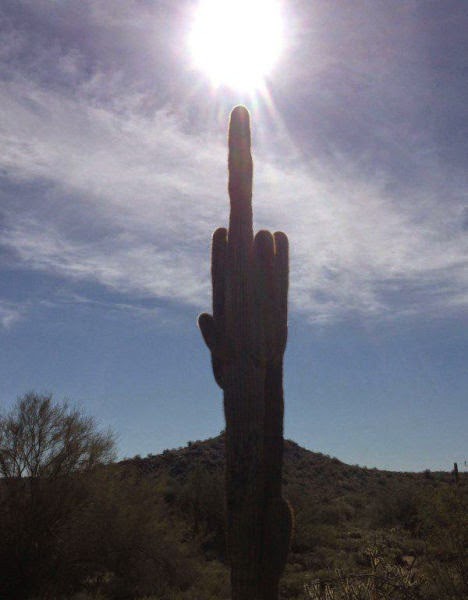 Posted by OrbsCorbs at 9:07 PM No comments:

"Access to a college education at a reasonable cost is something that every Wisconsin high school graduate with appropriate qualifications should be entitled to receive."

I agree. I believe we are being very short-sighted not to use OUR tax money to benefit the future of Wisconsin. I'm tired of hearing that we are broke. Let's not make us more broken down the road.

Wisconsin's UW System has played a major role in the Genome project. This level of research and higher level learning is becoming out of reach for our own children. The knowledge and research you need in the future could be at risk today.

For the first time ever, the number of Wisconsin children enrolled at Madison is lower than those from out of state, who pay higher tuition costs.

I'd rather have a few less round-a-bouts, a few less discounts handed out to companies who want to relocate just over our borders for tax breaks, and instead, continue to invest in a more educated population base.

Are we being forced to become too elite for our own good?

"Melissa A Jacobson, 50 of Racine has been charged with one count of Disorderly Conduct and two counts of Resisting or Obstructing an Officer after she allegedly she urinated and defecated by a register at a local Kmart Store, after making her initial appearance in Racine Circuit Courts this afternoon. She was given a $500 signature bond"

My then-wife and I saw this man (above, on the right) perform many moons ago.  We did go to a Dylan concert, too,  in the Chicago Auditorium, even more moons ago.  We were in the nosebleed section.  I had good eyes then and I could barely make out what was happening onstage.
Posted by OrbsCorbs at 11:06 PM 1 comment:

"One quick search on StubHub will tell you that tickets to the Final Four April 4 and 6 in Indianapolis are expensive as hell. However, there are other forms of payments that don't require cash. Or self-respect.

"WGRD in Grand Rapids, Mich. shares how a Michigan State fan posted on the Indianapolis section of Craigslist an ad for Final Four tickets. She is 'more than willing to offer a kiss and boob flash' in exchange for tickets to see her Spartans take on Duke this Saturday.

"She's also nice enough to let you know that she is 'an attractive Michigan State graduate in my 20's.'

"There are many things that can happen here, but we won't get into all of that. Hopefully she doesn't end up as a news story on Dateline.

"On April 4th 2015 Ogichidaa Mawansomag Board Members will hold a “Breakfast for Dinner” fundraiser at the Racine Moose Family Center; located at 5530 Middle Road. The event will begin at 4:00pm on April 4th and end at 12:00am.

"The dinner will consist of 'all you can eat' pancakes and french toast, along with other various breakfast themed offerings. Beverages are available for purchase at the Moose Family Center by means of 'cash bar.'

"In exchange for a donation of $10.00 guests will receive not only the breakfast themed dinner, but will also be free to enjoy various entertainment throughout the night. Due to entertainment times, it is recommended to utilize the online ticketing option to guarantee seating during specific times. 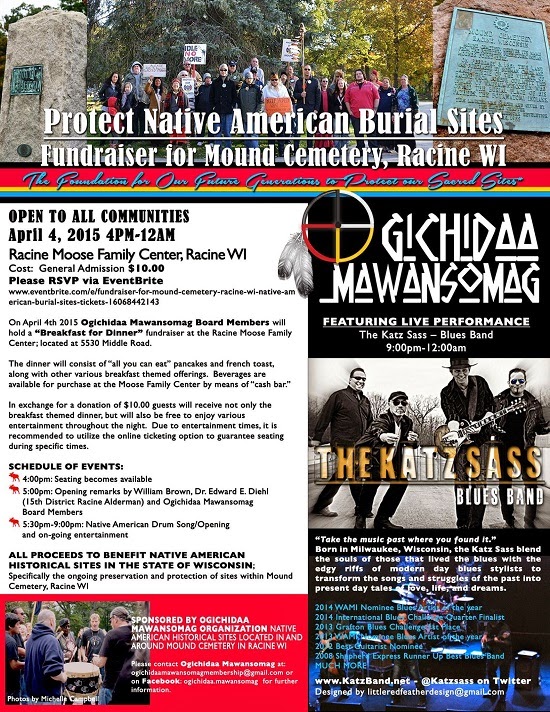 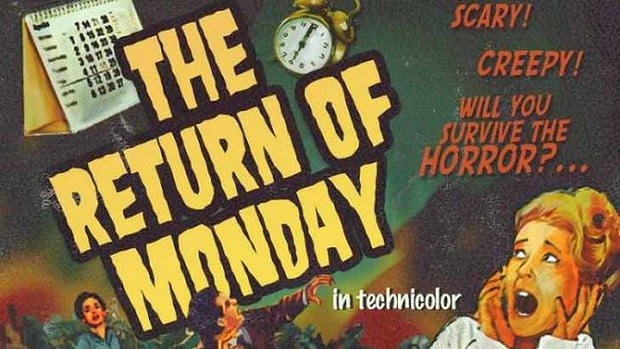 I'll probably scream through the whole damn thing.
Posted by The Sheriff at 12:00 AM 6 comments: 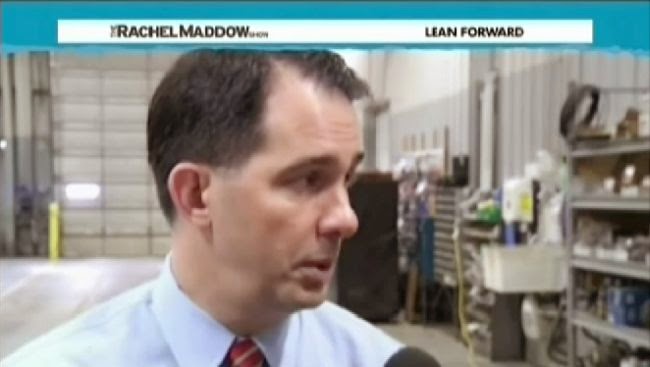 Tried to embed the video, but I couldn't get it to work. Pretty interesting stuff that isn't making main stream news yet.