Trump to send federal agents to Milwaukee after Gov. Evers and some Milwaukee officials ask him not to 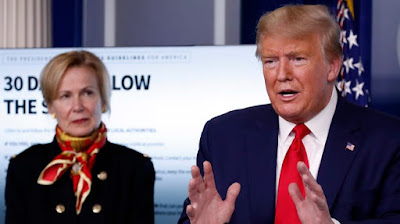 Milwaukee is one of five cities that will see a surge in federal resources to address violent crime in coming weeks, under new orders from President Donald Trump.
The influx of federal officers will coincide with Milwaukee hosting a scaled-back, mostly virtual Democratic National Convention and ongoing protests against police brutality and racism.
The effort is part of the U.S. Department of Justice's Operation Legend, which recently brought more than 200 federal officers into Kansas City after a 4-year-old boy was shot and killed.
The operation will expand into Chicago and Albuquerque, N.M., next and then continue into Cleveland, Detroit and Milwaukee over the next three weeks, Trump said Wednesday.
White House Chief of Staff Mark Meadows had suggested such federal intervention was on its way in a weekend TV interview, prompting Wisconsin Gov. Tony Evers to send a letter opposing such intervention citing recent reports from Portland, Ore., where federal officers in unmarked vehicles have grabbed protesters off the street without any record of their detention.
"This is a vital moment in history as folks across the country confront the structural racism that has created inequalities for far too long," Evers wrote in a letter dated Wednesday. "This is not a moment to double down and unnecessarily increase police presence, especially without invitation."
It's fairly routine for the federal government to announce flashy initiatives to curb gun violence and promise the help of federal prosecutors, U.S. marshals and agents from the FBI, Drug Enforcement Administration and the Bureau of Alcohol, Tobacco, Firearms and Explosives.
Read more: https://www.jsonline.com/story/news/crime/2020/07/23/president-trump-send-federal-agents-officers-milwaukee/5496276002/
Posted by OrbsCorbs at 4:59 PM

CDC director says federal government does not know how much Covid vaccine the U.S. has

Dr. Rochelle Walensky, who has been selected to serve as director of the Centers for Disease Control and Prevention speaks during an event a...