Black lives only matter when someone who isn’t black takes them.

You know that’s true because black people never riot when another black kills a black, no matter how absurd the situation is.

A Brooklyn mother of two was executed in broad daylight on a Park Slope street Wednesday afternoon when an ex-girlfriend ran up to her from behind, pulled out a gun and shot her point-blank in the head, police and witnesses said.

Police late Wednesday charged Latisha Bell, 38, with murder and weapon possession, after she surrendered to investigators at the 78th Precinct. The gun was recovered, said police sources.

Horrifying surveillance video captures Nichelle Thomas’ last moments around 1 p.m. as she walked along Fourth Avenue in no apparent hurry to a deli at the corner of Fourth Ave. and St. Marks Place.

All the while, Thomas, the mother of an adult daughter and son, was stalked by her determined killer, video from the scene shows.

The shooter dashed from the street to the sidewalk, sprinted past an unsuspecting pedestrian and ran up to Thomas.

Just as Thomas opened the door to the deli, the killer raised a pistol to the back of her head and fired.Thomas, 52, slumped in a heap to the ground.

They’re getting bolder by the day, these blacks.

From: https://dailystormer.su/watch-black-lesbian-shoots-black-ex-girlfriend-in-the-head-in-broad-daylight/
"My People" - the People of God - need to abandon Racine and Ratcine County because it is going to burn for all the Abominations it has allowed. Leave before it is too late! 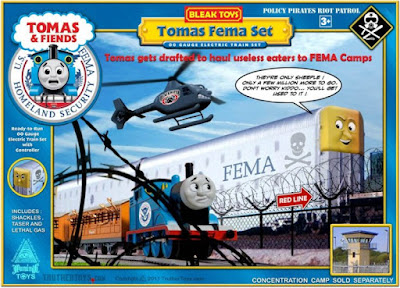 Posted by Clint Teeters at 6:19 AM